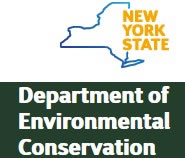 State DEC Commissioner Basil Seggos announced today that New York State has acquired a long-sought-after parcel of land that will protect drinking water resources while also greatly expanding recreational access in the Central Long Island Pine Barrens region. The former Cascone property, purchased for $945,000 from the State’s Environmental Protection Fund, is a 38-acre parcel located on the north side of the Long Island Expressway east of Wading River Road in Manorville and includes a four-acre pond and extensive freshwater wetlands in the watershed of the Peconic River.

“One of Governor Cuomo’s key priorities is protecting and preserving public drinking water source areas,” DEC Commissioner Seggos said. “The purchase of the Cascone property helps insure this goal while at the same time greatly expanding recreational opportunities on both state and nearby Suffolk County-owned lands.”

The new state land is located within the Core Preservation Area of the Central Pine Barrens, a legislative boundary in which new development is prohibited in sensitive areas as a means of protecting the quality and safety of Long Island’s sole source drinking water aquifer. Acquisition of vacant land in the core area is a priority for New York State, set forth in Governor Cuomo’s 2016 Open Space Conservation Plan.

The state’s newly acquired property will become part of DEC’s Otis Pike Preserve and will be managed for its unique habitats and as an outdoor recreational resource for hunting, hiking and nature enjoyment. The site is classified as a “bog,” a unique type of wetland identified by its peat layer and specialized vegetation. The pond on the property is a documented breeding area for the state-endangered eastern tiger salamander. In addition, state-threatened and rare plants have been documented, including rose coreopsis, stargrass, narrow-leaved bush clover and trinerved white boneset.

The former Cascone property lies between several parcels of land that comprise Manorville Prairie County Park. Public recreational use of the county parcels had been hampered by the intervening Cascone property, which was heavily posted as “Private.” The state’s acquisition eliminates this inholding, creating a contiguous block of public land that can potentially be managed cooperatively by the state and county as a single management unit. Under agreement with the county, state wildlife staff already manages hunting at several near-by county parks.

Senator Ken LaValle said, “I am pleased that the state has been able to secure this important property in the core of the Pine Barrens. It’s critically important that we continue to preserve and protect the environmentally sensitive lands and our aquifer below. As a friend of Otis Pike, who was a forward thinking environmentalist, I find it fitting that this parcel will be added to the DEC preserve named for him.”

Assemblyman Steve Englebright said, “This acquisition is an unique, biologically-rich landscape with extensive freshwater wetlands in the watershed of the Peconic River, including a pond that is a breeding area for the eastern tiger salamander. Preservation of this parcel will protect drinking water source areas as well the health of the Peconic River and open up the land to hiking and other recreational access. Acquisition of natural land in the Pine Barrens Core is a priority for New York State and we applaud the DEC’s perseverance in pursuing acquisition of this key parcel.”

“This is a very important acquisition that will protect more open space from development and have a great environmental impact on the water quality of our aquifer and the Peconic River,” said Brookhaven Town Supervisor Ed Romaine. “I commend the DEC for their continued efforts to protect our sensitive natural resources so that future generations can benefit from what we do today in the Pine Barrens.”

“Not only will this acquisition protect drinking water and natural habitats but it will provide great recreational activities for Long Islanders and visitors alike,” said Riverhead Town Supervisor Sean M. Walter. “I would like to thank the State of New York for recognizing its importance and for protecting this valuable resource.”

The State’s last acquisition in the Pine Barrens Core Preservation Area was a 100-acre property in Medford in 2012 purchased from Eugene Smith for just over $5 million. That land is now East Bartlett Pine Barrens State Forest, adjacent to Cathedral Pines County Park in the Carmans River Watershed.

Environmental Protection Fund
The EPF was created in 1993 and has two categories that allow state and local governments to purchase open space lands. Title 7 allocates funds to the DEC and the NYS Office of Parks, Recreation and Historic Preservation for the purchase of land to be included in the Forest Preserve, State Parks, the State Nature and Historical Preserve, State Historic Sites, Unique Areas and other categories. Title 9 provides funds for local governments and not-for-profit organizations to purchase park lands or historic resources as well to develop and preserve these resources.

— Courtesy of the New York Department of Environmental Conservation

$1 Million in Grants to Chesapeake Bay

​Maria is the Better Half Tournament Director. She checks you in with a smile, launches the field at the start, organizes the entire gig, takes care of the insurance and permits and schedules, handles the refreshments at weigh-in, connects with everyone on social media and everything else that makes this such a great circuit. 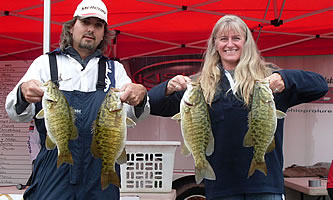 Erich? The bus driver & a fishing hippie that’s loved the sport since 4 years young. God Bless my father who took me fishing. I’m truly fortunate that Maria has embraced bass fishing. I’m the guy who takes your picture & checks your livewells. Managing websites since 1997, I do my best to keep this site updated & engaging.

The Better Half? Depends on who you ask!